Rajagopala Beerangi is massive cannon in Beerangi Medu, Thanjavur which takes pride of place at the eastern gate of the Fort here. This amazing cannon, which was cast in 1620, speaks wonders of the metallurgical skills of the people of Thanjavur during that time. Apparently, they enlisted Danish technical know how to cast the cannon. Cannon is a huge sized and qualitative display of workmanship at the top of the East Kothalam.

Beerangi Medu, where a 17th century forge-welded iron cannon is mounted at Keela Alankam in Thanjavur town, a heritage monument, remains a place of neglect. Liquor bottles, plastic packets and eatables strewn around the cannon at the heritage site indicate the sorry state of affairs. 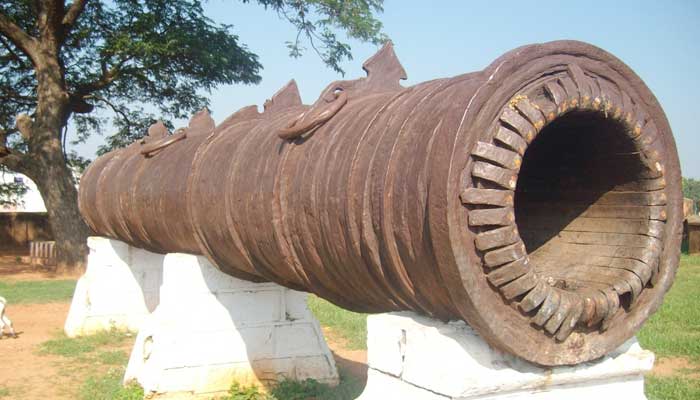 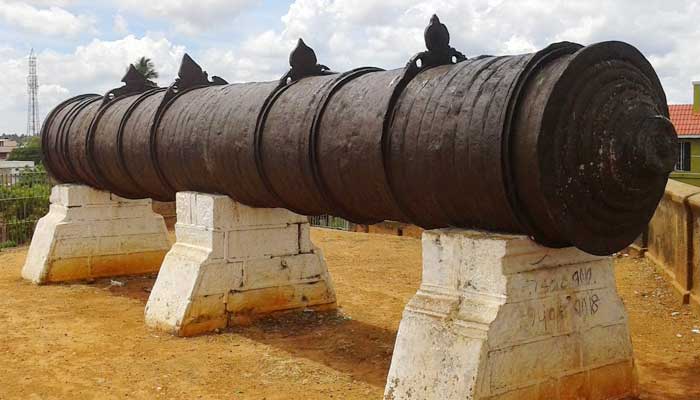 Interestingly, it is a monument protected by the Archaeological Survey of India (ASI). A board put up at the entrance of the fleet of steps leading to the mounted cannon at the site says: “This monument has been declared to be of National Importance under the Ancient Monuments and Archaeological sites and Remains Act 1958.

The Cannon is said to be one of the biggest in the world. It is of amazing size and speaks volumes of the metallurgical skill of the people in 17th century. The cannon have been made using Danish technical skills. It was mounted in 1620 when Ragunatha Nayak was the King of Thanjavur (1600-1645 A.D).

Rajagopalabeerangi (Rajagopala Beerangi) was used in 1650 during the Nayak period to protect Thanjavur form enemies who entered through Keelavasal (eastern gate). This huge cannon was cast at Kollumedu near Thanjavur and erected in 1620. 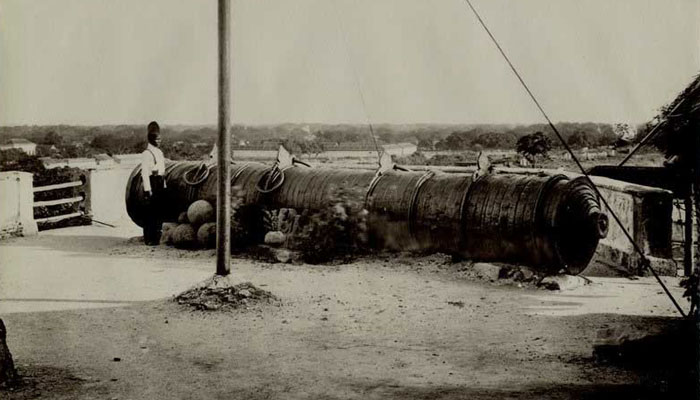 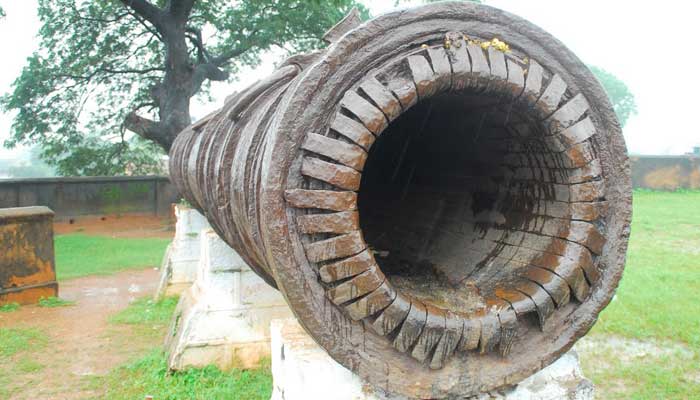 Rajagopala Beerangi is considered the largest cannon in India so it is worth a Visit. Interestingly, even after all these centuries, the cannon have not rusted. The 26 foot long cannon weight 22 tonnes. It is forge welded and has not been made by casting. The nearly 400 years old cannon, though exposed to sun and rain, have not rusted.

The outer circle is 300 mm in diameter, while the inner circle is 150 mm in diameter. Inside, it is made using 43 long iron plates and the outer of 94 iron rings. To lift the cannon eight rings were present on top. But now, only two rings are found. It was used to protect Thanjavur from enemies who used to enter through ‘Keelavasal’ (eastern gate).

It can fire a cannon ball (Iron) of 1000 Kg weight. No wonder it finds fourth place in the list of Largest Cannons fired in the World History. This Cannon was named “Rajagopala Beerangi (Cannon), but popularly known as “Daasimettu Beerangi” is placed on an elevated (25’high) defense barricade at the eastern Rampart of the Thanjavur Fort. Surprisingly many people living in Thanjavur may not be aware of the existence of such a huge Cannon in Thanjavur. Interestingly though many locals may not be aware of such thing of heritage value is there in their Town, this Cannon finds a place in the list of Largest Cannons in World History.

Unfortunately, encroachments around the site pucca built houses which are not allowed around an archaeological site, cattle rearing by people in the vicinity, wild growth of weeds rob the cannon site of all beauty. From the site (top) one can see the Sarjah Madi seven floor structure and the Arsenal tower of Nayak Palace on the western side.

However, the Thanjavur chapter of the Indian National Trust for Arts and Cultural Heritage (INTACH) has taken steps to protect and popularize the site and to maintain it well. It organized heritage walk to the site and celebrated India Tourism day recently with foreign tourists. But after these events, the place remains neglected.

The nearest airport is Tiruchirappalli Airport which is (61 Kms) from Rajagopala Beerangi.

The nearest railway station is Thanjavur Railway Station which is (2.7 Kms) from Rajagopala Beerangi. 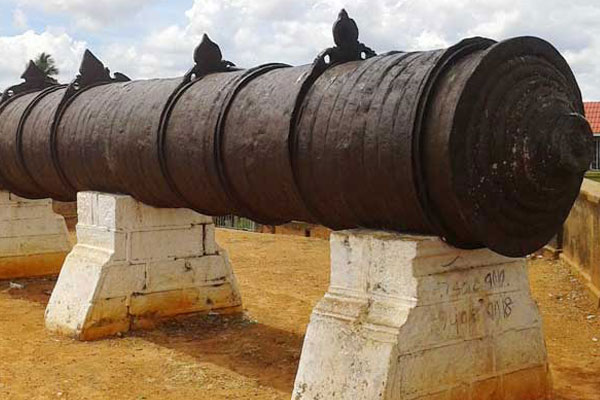 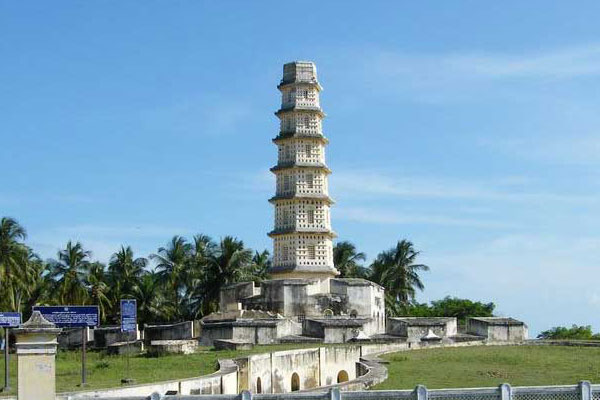 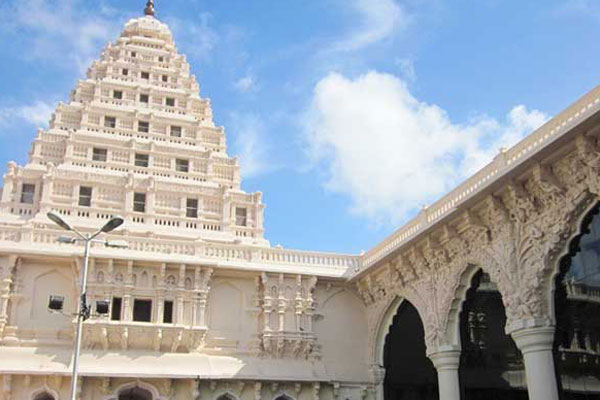 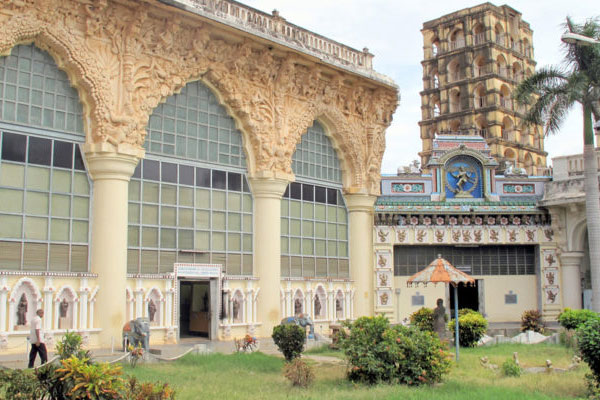